Having just collaborated for a release on Mamba Day (Aug. 24), Undefeated and Nike are partnering for another model. Next up is the Undefeated x Nike Kobe 4 Protro “Black Mamba” that is due to arrive Friday, Sept. 13.

The shoe will be available on the Nike SNKRS app and select retailers. Like with the limited edition Kobe 4 pack, Undefeated branding is present on the latest protro release, with their logo on the tongue of the left shoe and name across the heels.

The shoe draws from the alter ego Kobe Bryant developed during his 20 seasons with the Los Angeles Lakers and fittingly is decked out in a black upper that features iridescent hints throughout to represent the scales of the venomous Black Mamba snake.

Like they did on the pairs of the Undefeated x Nike Zoom Kobe 4 Protro pack, Bryant’s Nos. 8 and 24 appear on the back of the left and right shoe, respectively. 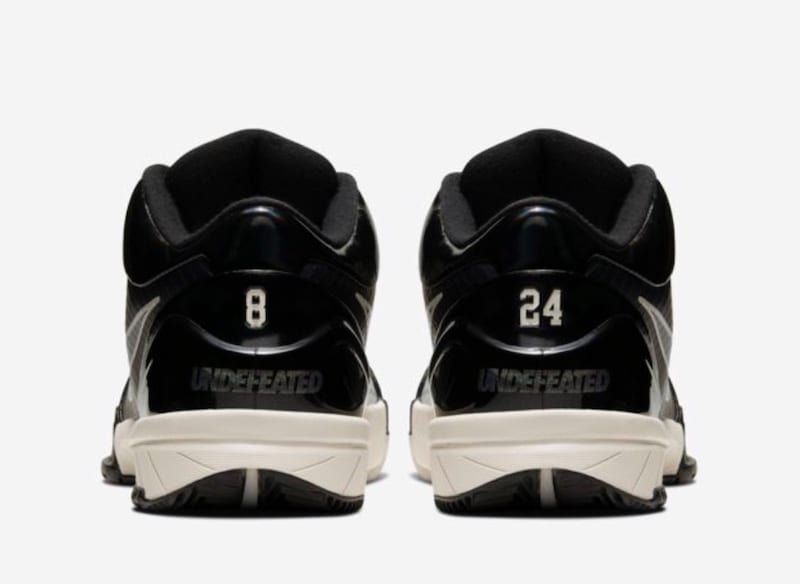 The upcoming Protro release is the latest in Nike’s commitment to concurrently run Bryant’s signature line with new models as well as retro versions of his previous pairs. Though unlike the approach with Air Jordan retro releases, Bryant focused on making technical upgrades.

“Protro is about evolution and improving on things that were. I wanted to build a business that wasn’t just based on things I have done in the past,” he said when Nike announced the retro line. 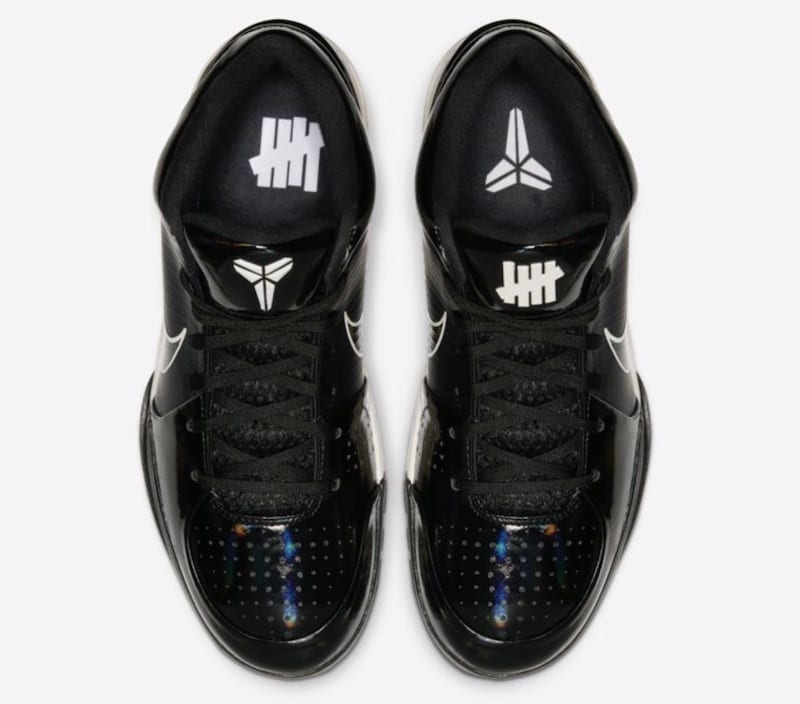 “It is important that the brand stands for performance and that everything we do is innovative, even if we are releasing shoes from the past they still must be built on performance.”

Bryant’s Protro series began with the Zoom Kobe 1, which returned in handful of colorways. From there Nike jumped to iconic Zoom Kobe 4, which was heralded as one of the most advanced and innovative basketball sneakers when it originally released.

The Kobe 4 Protro debuted during NBA All-Star Weekend in Charlotte, fittingly in the ‘Draft Day’ colorway. The white/blue/teal pair was in recognition of the Hornets selecting Bryant in the 1996 NBA Draft.

Then white/del sol version that first released as part of Nike’s Playoff Pack (POP) in 2009, returned this past May, and that was followed by the highly-coveted ‘Carpe Diem’ colorway. 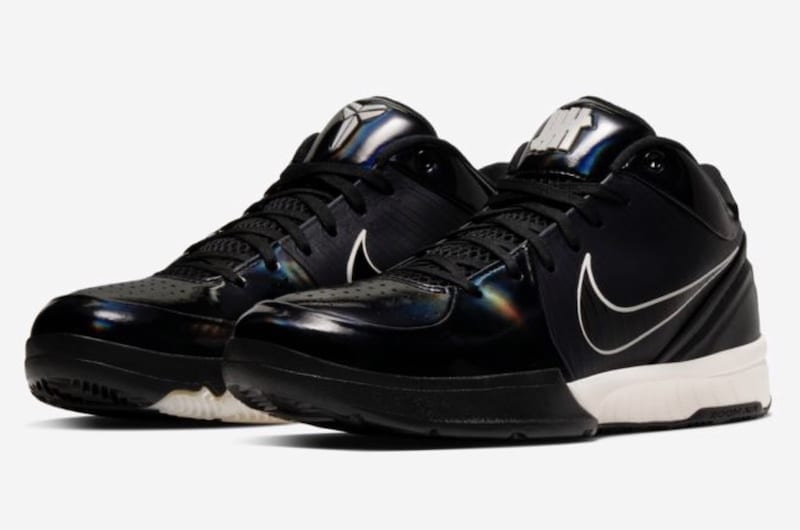 Giannis Antetokounmpo is viewed by many as the best player in the NBA today. The…

With the 2020 NBA All-Star break in progress, the Los Angeles Lakers and other…